Moving house is one of the most stressful life experiences according to a recent poll*. However, moving a business brings a whole new set of challenges and stresses

For Robinson Structures those stresses were thankfully alleviated when Code 56, in Derby, helped oversee the move to make sure that their business carried on as normal leaving customers with minimum disruption.

“As a Steel construction business our computer system is an integral part of our work. From the design process, drafting software to administration, bids and invoices if our computers aren’t running we are losing money,” said Lydia Robinson, Accounts Director, at Robinson Structures.

The Derby based construction company recently needed to move offices due to a growth in business and hired Code 56 to help oversee the management of the computer systems.

Owner of Code 56, Owen Conti, lead on everything from design of the infrastructure in the new building to implementing the move, phasing the office relocation to minimise disruption and updating the software to keep the teams running.

“I dread to think how things would have gone without their influence,” said Lydia who was pleased to have an IT professional on site throughout the process. “We certainly would have had a lot more down time which could have had a real impact on our business and ultimately client satisfaction.”

“By having support from the very start of the project we were able to map out how our systems would work in the new office and make sure that was an integral part of everything we did. We could phase relocating staff to keep the office still functioning and most importantly we had Owen on site to deal with any issues should they arise.”

Liaising with the Managing Director Code 56 became part of the team and engineered the relocation to make sure that operations at the new site were functioning correctly before moving staff desk by desk and switching over necessary programs to keep the smooth running of the business.

With onsite support, rather than remote, it also meant Code 56 was able to troubleshoot on the ground and prevent problems before they arose.

“There were plenty of days during the process that Owen himself would just pop in and check over how things were going. He was the friendly face of our technical support and staff would know to go to him with any issues.”

“I really felt that made a difference during the process as it was like having the benefits of an internal dedicated IT Manager – an expert on site that wasn’t just getting involved when there was a problem.”

“We deal with multi-million pound tenders and contracts so if our systems had been down and we missed a deadline it would have had massive implications on the business,” said Lydia.

“Owen took the time to get to know our business and how it works so they knew what systems we couldn’t live without and when things could be moved so that the relocation worked around the business needs not his.”

Having now successfully relocated offices Robinson Structures has also updated its print management system and server to provide greater efficiencies. They are also looking forward to having Owen onsite on a maintenance contract to continue overseeing their IT support providing an efficient, ongoing service.

“We have used remote support and larger IT companies before but what Code 56 offers is a flexible and unique approach to IT support. It is support which works around your business helping you to move forward while still having the expertise and personal approach of an onsite IT professional.” 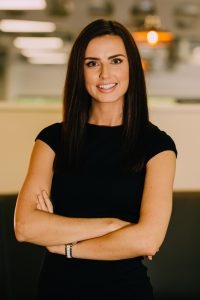 * A poll by E.ON of more than 2,000 adults who moved in the last 3 years rated moving house as one of the most stressful life events.

Property Master
We use cookies to ensure that we give you the best experience on our website. If you continue to use this site we will assume that you are happy with it.OkRead more
Scroll to top