Stress and burnout are something I hear a lot of my peers in IT talk about (or certainly write about in forums).  Quite often it is spoken about as if being stressed is something to be proud of or brag about, and I’ve seen it lead to people “burning out” first hand.

I was keen to understand if this was “just an IT thing” or if it was a wider problem.  As such, I got in touch with Abi Twomlow, a Thrive Programme Consultant, to get her views on mental health in the workplace and asked her if she’d mind recording a Podcast with me about it.

It turns out, it’s not just an IT thing.  Poor mental health is costing the UK economy quite significantly. 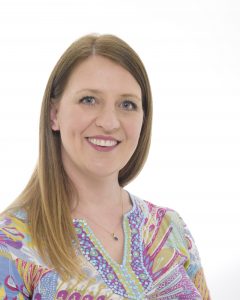 When I spoke to Abi, she mentioned some really shocking statistics, like suicide is the biggest killer of men under 45 in the UK, and 300,000 people lose their jobs due to poor mental health every year.

In the Podcast you’ll hear us discuss how as a culture we seem to have adapted to encourage stress in the workplace, and treat it as some sort of badge of honour.  By doing that, we’re actually breeding some pretty serious problems, because stress should be a healthy response to illicit action from us (the fight or flight response).  However, by ignoring stress in our day-to-day, or encouraging it in the way we do, the stress response needs to be greater and more significant to get a reaction from us.  Abi talks about stress related migraines & bowel issues, and how those symptoms disappear when people have a better handle on their skills around their own mental health.

Speaking with Abi it becomes clear that one of the big contributing factors to a poorer state of mental health is that we’ve normalised stress in our everyday.  We almost champion it, and one of the things that really doesn’t help us all is Perfectionism.

The problem with perfectionism, as you’ll hear Abi discuss in the Podcast, is that we’re basically setting ourselves up to give ourselves a kicking.

Generally speaking, we’re all pretty good at spotting the negative in something.  So when we’re striving for perfection (which is unobtainable) we’re just setting ourselves up for a negative experience.  This then impacts on our mood and those around us and breeds the opportunity for a negative feedback cycle and increasing the stress and anxiety we feel.

Abi & I discuss what we can do as fellow team members, leaders and managers, to help ourselves and teams to encourage the skill building it takes to improve our own mental health & well being.

It’s really reassuring that people seem to be talking about more about mental health & well being.  I think it’s a trend that needs to keep going, and I’d encourage anyone with any questions to get in touch with Abi to have a chat.

Podcast with Rachel Hayward – Small Business 100
We use cookies to ensure that we give you the best experience on our website. If you continue to use this site we will assume that you are happy with it.OkRead more
Scroll to top